WorldRemit’s founder Ismail Ahmed, a graduate of London Business School, first saw the opportunity to improve money transfers while at university.  Studying in London, he needed to send money to family members in Africa.  Every transaction meant an epic journey across the city to an agent who charged a small fortune in fees to send modest amounts of money.

It seemed wrong to Ismail that an industry handling billions of dollars every year should deliver such poor service to its customers. Even then, he knew that change was needed.

Over the coming years Ismail worked with a number of remittance businesses as well as international policy makers.

As an advisor to the United Nations, he helped companies comply with tough new money transfer regulations, introduced after the 9/11 terrorist attacks.

In 2010, Ismail decided that the time and technology were right to shake-up this stagnant industry and he founded WorldRemit which pitched to Enterprise 100 for its first round of funding after winning the prestigious London Business School business plan competition earlier that same year.

In 2014 it was announced that WorldRemit had received the backing of Accel Partners, one of the world’s most high-profile investment companies, and an early funder of Facebook, Dropbox and Spotify.

Accel invested $40 million, one of the largest ever Series A funding rounds in Europe.

In early 2015, WorldRemit secured a $100m investment, led by Technology Crossover Ventures(TCV).  Working with Accel and TCV, WorldRemit continues to expand internationally – launching in more countries, adding innovative ways to receive money, and developing new products and services such as our mobile apps. 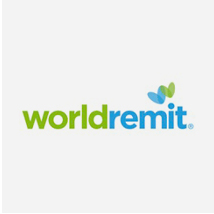